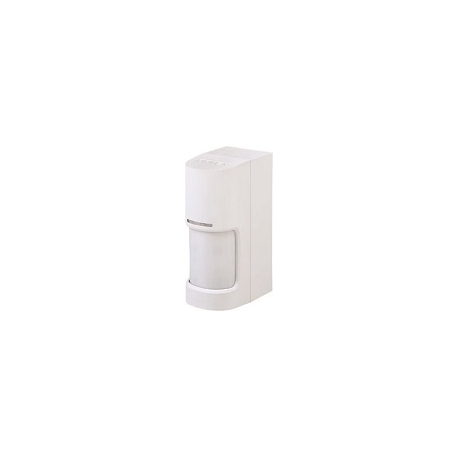 In the series WXI, external sensor, volumetric PIR, range 12m à180 degrees, the WXI-RAM is the model on batteries with anti-mask. With its field-of-view of 180°, and its ability to adapt its settings to the environment around your premises, the series WXI provide a sensor of the intrusion detection to be effective for the security systems of new and existing ones. The detection zones of the alarms left and right can be independently set to be 2.5 m, 3.5 m, 6m, 8.5 m and 12m.

Detection of 180 degrees and double the level of detection

The series WXI has a detection coverage of 180 degrees, allowing a single sensor to cover a large area, such as a garden

before, a court or a terrace. The double detection level allows you to ignore the animals while detecting people.

The outdoor motion sensors WXI provide two detection zones, left and right, which can be set independently. For example, the right-hand box can be set to 3.5 m, whereas the left one is set at 8.5 m. A mechanism of masking and a single sensitivity setting is flexible can easily avoid the alarms of nuisance potential..

The WXI-RAM on batteries can be easily added on to most wireless alarm systems and provide the advantage of quickly and effectively protect the boundaries of the premises and of any building exterior. Most of the wireless transmitters fit into the box back of the sensor and can power the WXI-RAM. In addition, the anti-masking function will detect if objects have covered the lens and will send a signal to the central alarm.